What Bidenism Owes to Trumpism 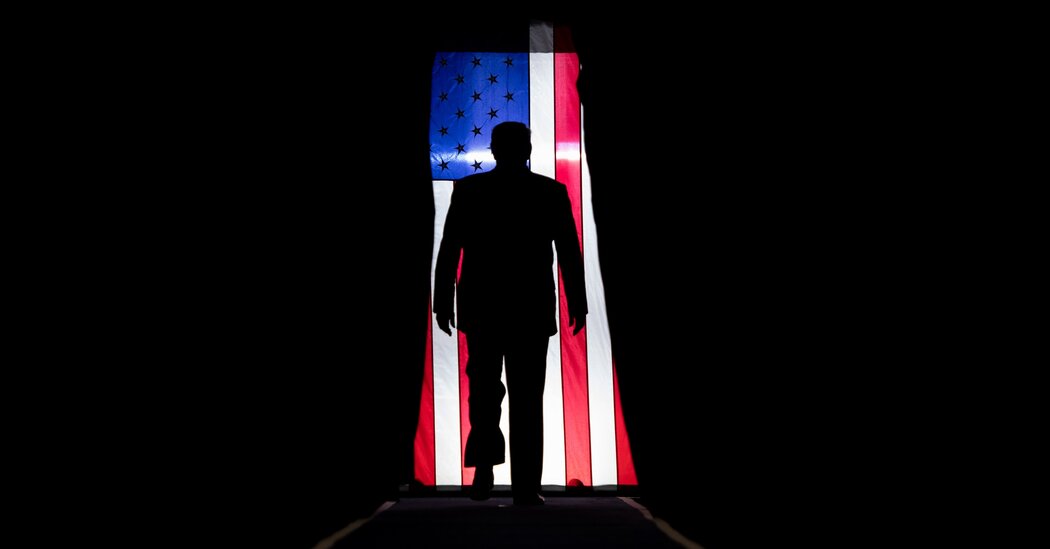 The Biden agenda tries to seize the populist opportunity that Trump let slip away.

The intra-Democratic debate about Joe Biden’s presidency, so far, pits a growing camp of Biden enthusiasts who are harking back to liberalism’s golden age — comparing the new president’s free-spending ambitions to Franklin Roosevelt’s and Lyndon Johnson’s — against a shrinking cadre of leftists who insist that Biden is still just another neoliberal centrist, another Bill Clinton or Barack Obama.

Here’s a somewhat different, more provoking way of thinking: We should regard Bidenism, in its current outline, as an attempt to build on Donald Trump’s half-formed, never-finished policy agenda, in the way that elements of Jimmy Carter’s program found their fullest expression in Ronald Reagan’s presidency.

I’m borrowing this idea from the Bloomberg opinion columnist Karl W. Smith, who recently called Biden’s economic proposals “the coherent manifestation of MAGAism in the same way that Reaganism was a coherent manifestation of Carter-era deregulation.” But the analogy rests on more than just regulatory policy: Much of what we remember as the Reagan agenda was anticipated in Carter-era policies and debates.

For instance, the Reagan military buildup really began under Carter, after the Soviet invasion of Afghanistan: It was Carter’s C.I.A. that armed the mujahedeen, and Carter who fatefully involved the United States in the Persian Gulf. In addition to pushing through the deregulation of major industries, Carter nominated Paul Volcker, the crucial figure in the Reagan-era crackdown on inflation, to be chairman of the Federal Reserve, and feuded bitterly with his party’s left wing. Even supply-side economics, associated decisively with the right after the Reagan era, initially had Democratic partisans and Republican opponents.

Basically you could say that in the late 1970s there was an opportunity for a politician who could credibly promise to restore American strength abroad while whipping inflation and unleashing dynamism at home. That leader could have been a Democrat had the Carter presidency turned out differently, had Carter managed his own coalition more effectively, made better policy choices, enjoyed better luck. Instead Reagan took the opportunity and ran with it, creating a multidecade realignment.

In a similar way, you might say that in the middle of the 2010s there was an opportunity for a politician to promise a kind of American rebuilding effort — a turn against globalization and overseas nation-building, in which deficit hawkishness would be discarded, industrial policy would make a comeback and there would be redistribution from the new economy’s winners to the American worker and working-class families.

That opportunity was the basis of Trump’s 2016 campaign, and at times his presidential agenda tried to seize the chance: in his support for a loose-money, full-employment monetary policy; in his tax bill’s child tax credit expansion and its stealth tax increases (via caps on the home-mortgage and state-and-local-tax deductions) on the blue-state professional class; in his trade protectionism; and in his attempts to draw down American commitments in Afghanistan and Syria.

But like Carter before him, Trump couldn’t make it work. His congressional party preferred its old agenda of business tax cuts and Obamacare repeal, he preferred bigotry and bluster to policymaking of any kind, and instead of consolidating a new majority, he ended up defeated.

So now comes Biden, in a sense, to simply scoop up elements of Trumpian populism and try the trick himself. He’s entrenching protectionism in trade policy and arguably broadening the last administration’s China hawkishness. He’s trying to do the trillion-dollar infrastructure plan that Steve Bannon promised but the Trump administration never delivered. And he’s taking the Senate G.O.P.’s inchoate ideas on family policy and outbidding them with new child spending.

Because he’s a Democrat, there’s no anti-tax pledge to fall afoul of, so he can do all this while promising explicitly to raise taxes on the rich. But he’s also ditched the deficit anxieties of past Democratic administrations, he’s got a full-employment Federal Reserve behind him, and following Trump’s lead, he’s just going to run up deficits until inflation finally bites.

You can tell that these moves are well suited to the political moment because the Republicans don’t know how to counter them. They’re stuck betwixt and between, unable to fully revert to their pre-Trump positioning as deficit hawks (who would believe them anymore?) and unsure how to counter Biden when he just seems to be making good on Trump’s promises.

So you get Republican attacks on the infrastructure proposal for including too much noninfrastructure spending or conservative attacks on the family benefit for undermining work incentives. These are detail-oriented critiques, and sometimes reasonable ones — but they effectively concede a lot of ground to Biden’s general vision instead of setting up a sharp ideological contrast.

Are there any limitations on this fulfill-Trump’s-promises approach? The immediate one is in immigration policy, where Biden’s coalition won’t permit him to co-opt Trump’s hawkishness or even revert to the policies of the Obama era. So it’s the Biden White House that’s caught between approaches, trying to deliver both a humanitarian welcome and enough border security to keep the flow of migrants manageable.

The Biden bet seems to be that you can have a version of economic nationalism without its usual anti-immigration component — that protectionism via tariffs and industrial policy can go together with a looser immigration policy. If unemployment rates get low enough, this might be right. But a plausible liberal nationalism still probably requires a sense of basic order and stability at the border, which is eluding the Biden team for now.

Then the longer-term issue with Bidenism as Trumpism 2.0 is that since the Democratic Party increasingly represents the winners of globalization, from wealthy suburbanites to Wall Street and Silicon Valley elites, a politics that requires these interests to sacrifice for the sake of redistribution will eventually create fissures inside its coalition.

Yes, Biden can probably get a modest corporate tax hike and a higher tax rate on the highest earners. But his party’s eagerness to restore the state and local tax breaks that Trump curbed tells you something important about where power lies in liberal politics, and how little appetite there is among Democrats for tax increases that really bite the upper middle class.

But whether Biden can simply expand upon his predecessor’s agenda without putting his own coalition to the test — well, that depends on just how long we stay in an era of money for nothing, and populism for free.