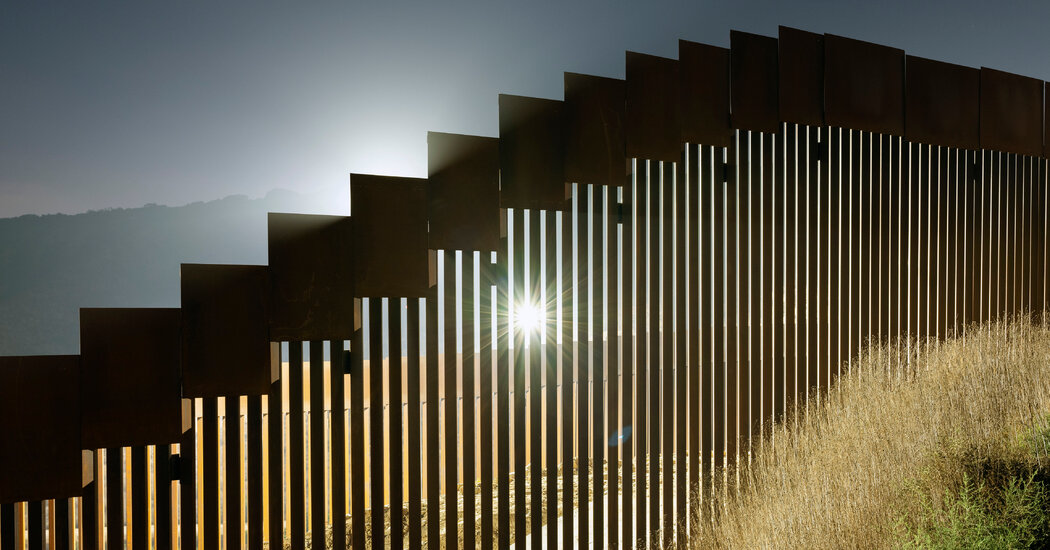 Immigration is America’s lifeblood, so we can’t risk losing it.

After reading as much as I can about the latest surge in illegal immigration along our southern border, I’m still not clear how much is seasonal, how much is triggered by President Biden’s announcement that he was halting construction of Donald Trump’s border wall and reviewing Trump’s asylum policies, and how much is just the lure of jobs in a rapidly vaccinating United States.

But this latest flood of illegal immigrants and asylum-seekers — more than 170,000 apprehended in March alone, including thousands of children, mostly fleeing chaos in Central America — only reinforces my view that the right border policy is a high wall with a big gate.

I wish we could take in everyone suffering in the world and give each a shot at the American dream, but we can’t while maintaining our own social cohesion, which is already fraying badly enough. So, making immigration policy today requires a tough-minded balance between hardheartedness and compassion.

If we just emphasize the high wall, and wear cruelty as a badge of honor, as Trump did, we lose out on the huge benefits of immigration. But if all we do is focus, as many on the left do, on the evils of a wall and ignore the principles of a big gate — that would-be immigrants and asylum-seekers need to get in line, ring our doorbell and enter legally, and those who don’t should be quickly evicted — we will also lose out on the huge benefits of immigration.

Why? Because so many Americans will think that the border is open and out of control that they will elect leaders who will choke off all immigration, which is the lifeblood of our country. Have no doubt, a seemingly out-of-control border would be a godsend for the Trump G.O.P. — an emotional club even more evocative than the mantra “Defund the police” with which to beat Democratic candidates in the midterms.

Already, a recent ABC News/Ipsos poll found that 57 percent of Americans disapprove of Biden’s handling of the border.

High wall-big gate is the right position for Biden. Only by assuring Americans that we have a high enough wall to control illegal immigration — or its equivalent in terms of border controls and repatriation measures — can we maintain a public consensus for a big gate.

Biden has to get this right, and I know it won’t be easy. Because while maintaining a controlled inflow of immigrants has never been more important, the forces driving more waves of illegal migrants have rarely been more powerful.

Those forces are surging because, quite simply, it’s harder to be a viable country today. The 50 years after World War II were a great time to be a weak little country. The Cold War meant that two superpowers were throwing money at you to help feed your poor, educate your kids, sustain your government and prop up your army; China was not in the World Trade Organization, so everyone could be in low-wage industries; populations were moderate; climate change was limited; and no one had a cellphone and social networks to talk back to leaders or easily organize opposition.

Today, all of that has flipped. Now no superpower wants to touch your country because all they can win is a bill. China is in the W.T.O., so it is much harder to compete in low-wage industries. Populations have exploded. Climate change is hammering small-scale farmers, so they are leaving their lands for the cities and beyond — and everyone has a smartphone to complain or find a human trafficker to be smuggled north.

Opinion Debate
What should the Biden administration prioritize?

The result: Many weak nations are fracturing and hemorrhaging their people, creating vast zones of disorder, from which millions of people are seeking, unsurprisingly, to migrate to zones of order — i.e., from Latin America, Africa, the Middle East and South Asia to the U.S. and Europe. And the pandemic has made things only worse. Just on Tuesday CNN reported that “at least 42 migrants have died after a boat they were traveling in from Yemen capsized off the coast of Djibouti, East Africa.”

Last week the U.S. National Intelligence Council released its quadrennial “Global Trends” report. It stated right at the top: “In coming years and decades, the world will face more intense and cascading global challenges, ranging from disease to climate change to the disruptions from new technologies and financial crises. These challenges will repeatedly test the resilience and adaptability of communities, states and the international system, often exceeding the capacity of existing systems and models.”

Indeed, while a lot of attention has been devoted to the number of unaccompanied children coming across our border, The Wall Street Journal reported on March 24 that the actual numbers of migrants reveal that this surge is primarily “being driven by individual adults. Most of the migrants are Mexicans, often men in search of work with the pandemic easing and the U.S. economy set to boom.”

Without proper border controls and simultaneous investments in stabilizing weak countries — which Biden has smartly proposed — we and the European Union will face many more surges. And you can be sure that another Trump-like figure will emerge to exploit them — and undermine support for legal immigration right when we need it more than ever.

Because, we are also at the dawn of a cold war with China in which both the economic and the military battlefields will be around technology — artificial intelligence, quantum computing, drones, autonomous vehicles, microchips, software, cyberwarfare, biotech, new materials and batteries. In this competition each side will be trying to leverage as much brain power, patents and start-ups as possible.

Alas, brains are distributed evenly around the world. The great advantage America has had, though, is that while we were just roughly four percent of the global population, through immigration and our open universities, we attracted a far higher percentage than any other country of high-energy, high-aspiring lower-skilled workers and the high-I.Q. risk-takers who start new companies, notes Craig Mundie, Microsoft’s former chief research and strategy officer.

“We were the melting pot for risk-takers,” Mundie told me. “And for many years we reaped the benefits of being overstocked with high-I.Q. risk-takers. To now curtail our overweighting mechanisms” — welcoming immigration and the education of foreign students — “at a time when other countries are becoming more hospitable, we run the risk of losing our single greatest competitive advantage and just reverting to the global mean.”

That is not a formula for success.

Other countries get it. The pharmaceutical company BioNTech, which developed a Covid-19 vaccine with its U.S. partner Pfizer, was founded in 2008 by Dr. Ugur Sahin and his wife, Dr. Ozlem Tureci. Both were born to Turkish parents who immigrated from Turkey to Germany in the 1960s.

When the American Rhodes scholars were announced for this year, here is how the Indian newspaper The Hindu began its story: “Out of the 32 students, 22 are of color; 10 are Black …, nine are first-generation Americans or immigrants and one is a Dreamer with active Deferred Action for Childhood Arrivals (DACA) status. Four Indian-Americans are among the cohort.”

So, there is a lot at stake in getting this border issue right. I would love to see Biden use his narrow majority, and maybe get a few Republicans as well, to drive through a law that simultaneously hardens the border, provides a pathway to citizenship for illegal immigrants already here and increases the quotas for legal immigrants — and ignores all the critics from the left and the right.

END_OF_DOCUMENT_TOKEN_TO_BE_REPLACED

In the four years since their daughter killed herself at university, Robert and Margaret Abrahart have been trying to understand why she was left to cope with her problems alone – and to help other vulnerable young peopleDays after their daughter died in April... END_OF_DOCUMENT_TOKEN_TO_BE_REPLACED