The Heart and Soul of the Biden Project 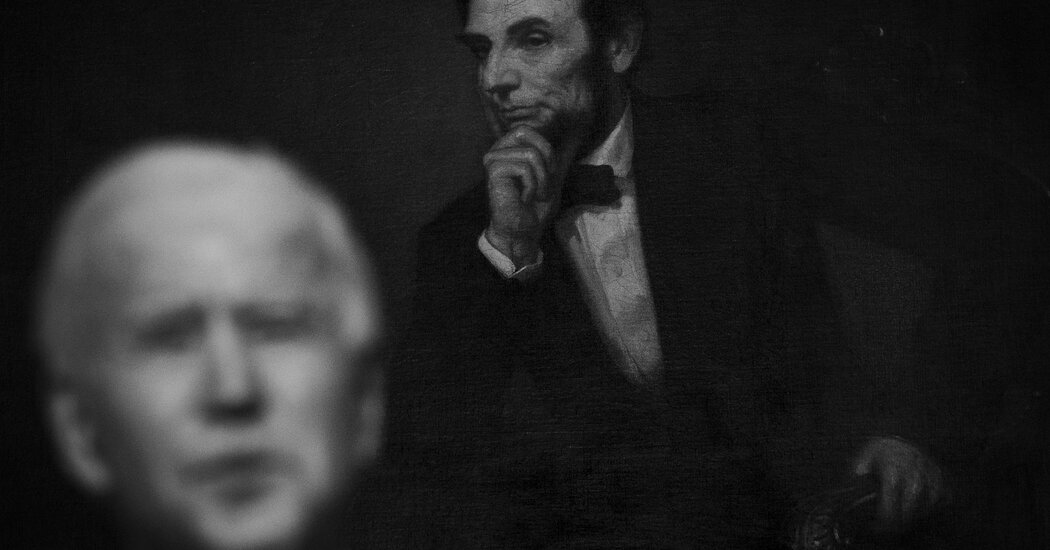 It’s a daring revival of “the American System.”

What is the quintessential American act? It is the leap of faith. The first European settlers left the comfort of their old countries and migrated to brutal conditions, convinced the future would be better on this continent. Immigrants all crossed oceans or wilderness to someplace they didn’t know, hoping that their children would someday breathe the atmosphere of prosperity and freedom.

Here we are again, one of those moments when we take a leap, a gamble, beckoned by the vision of new possibility. The early days of the Biden administration are nothing if not a daring leap.

I asked Anita Dunn, one of President Biden’s senior advisers, to reflect on the three giant proposals: Covid relief, infrastructure and the coming “family” plan. What vision binds them together? What is this thing, Bidenomics? Interestingly, she mentioned China.

This could be the Chinese century, with their dynamism and our decay. The unexpected combination of raw capitalism, authoritarianism and state direction of the economy could make China the dominant model around the globe. President Biden, Dunn said, believes that democracy needs to remind the world that it, too, can solve big problems. Democracy needs to stand up and show that we are still the future.

I asked Cecilia Rouse, the chair of Biden’s Council of Economic Advisers, where our vulnerabilities lie. It is in our public goods, she said, the degradation of our common life.

“The model of the past 40 years has been to rely on the private sector to carry the load, but that sector is not best suited to deliver certain public goods like work force training and infrastructure investment,” she told me. “These are places where there is market failure, which creates a role for government.”

Brian Deese, the director of Biden’s National Economic Council, said that Bidenomics has three key prongs: an effort to distribute money to those on the lower end of the income scale, an effort to use climate change as an opportunity to reinvent our energy and transportation systems, and an effort to replicate the daring of the moon shot by investing big-time in research and development.

Some people say this is like the New Deal. I’d say this is an updated, monster-size version of “the American System,” the 19th-century education and infrastructure investments inspired by Alexander Hamilton, championed by Henry Clay and then advanced by the early Republicans, like Abraham Lincoln. That was an unabashedly nationalist project, made by a youthful country, using an energetic government to secure two great goals: economic dynamism and national unity.

Bidenomics is a massive bid to promote economic dynamism. It’s not only the R&D spending and the green energy stuff; it’s also the massive investment in kids and human capital.

If, as expected, Biden’s American Family Plan includes universal pre-K education and free community college, that would mean four more years of free schooling for millions of young Americans. As Rahm Emanuel said to me, when was the last time we achieved something as big as that?

It’s also a unifying agenda. For the past several decades the economy has funneled money to highly educated people who live in large metro areas. That has created a ruinous class rift that divides the country and fuels polarization. The Biden measures would funnel money to the roughly two-thirds of Americans without a bachelor’s degree — who work on road crews, in manufacturing plants, who care for the elderly and are disproportionately unemployed.

It’s kind of interesting to me that the Democrats, the party of the metro educated class, are promoting policies that would send hundreds of billions of dollars to, well, Trump voters.

Because the Biden plan owes more to Hamilton than to socialism, it’s not only progressives who love it, but moderates, too. Jim Kessler, an executive vice president at the moderate Democratic group Third Way, sent me an email this week with the subject line, “Why Mods Love Biden Jobs Plan.”

Is it a risk? Yes, a big one. If your historical memory goes back only to 2009, then you think there’s no risk to going big on spending and debt. But history is filled with the carcasses of nations and empires that declined in part because they took on too much debt: imperial Spain, France in the 18th century, China in the 19th.

You can pour a lot of money into American infrastructure and get relatively little back.

But we’ve had 20 years of anemic growth and a long period of slow productivity growth. The current trendlines cannot continue. These are necessary and plausible risks to take if America is not to drift gentle into that good night. Look at the cities, like Fresno, Calif., and Greenville, S.C., that have surged back to life in recent years. What did they do? They invested in infrastructure and community colleges. The Biden plan is what has already worked locally, just on a mammoth scale.

Sometimes you take a risk to shoot forward. The Chinese are convinced they own the future. It’s worth taking this shot to prove them wrong.

END_OF_DOCUMENT_TOKEN_TO_BE_REPLACED

No other country in the world caps benefits after the second child. It’s time we stopped this cruel policyThe long list of cuts made to social security benefits in the years after the 2010 election were justified by one purpose: to save money. But one cut in p... END_OF_DOCUMENT_TOKEN_TO_BE_REPLACED