The Case for Mike Bloomberg 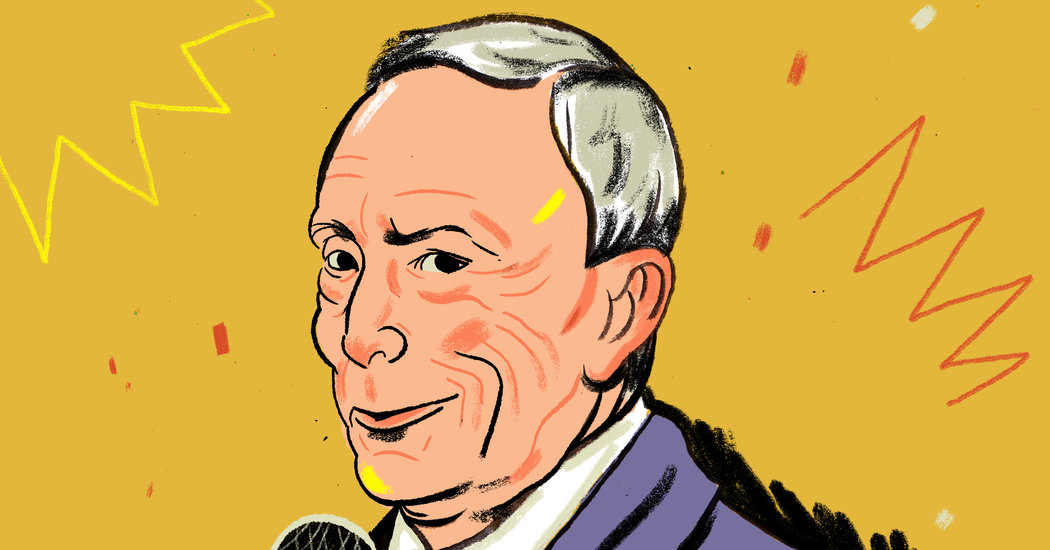 This article is part of The Best Case for Each Candidate, where Opinion columnists make their argument for each of the top six candidates.

The best case for Mike Bloomberg is that he’s a brilliant debater who has a witty riposte for every line of attack.

We need somebody who can actually lead a government, staff an administration with talented professionals and do the mundane but essential tasks of pushing legislation and executing laws. We need somebody who will turn down the ideological temperature, so that we don’t rip ourselves apart as a nation. We have enough politicians who cater to people who treat politics as the place they go to get self-indulgent moral affirmation baths. We need someone who can improve the lives of actual Americans.

Bloomberg was one of the most successful mayors of this century. He was a Republican who left office with two-thirds of New Yorkers saying he had made their city a better place.

I’m not endorsing Bloomberg. I think it’s a mistake for journalists, even opinion journalists, to endorse, and I’d be fine with many of the candidates. But I just want to throw Bloomberg’s record before you:

Education: As mayor, Bloomberg took over a dysfunctional school system and instituted a series of fantastically successful reforms. When he became mayor, less than half of New York students were graduating from high school on time. When he left, nearly two-thirds did so within four years. He replaced large failing schools with small attentive schools. The graduation rates in those places surged from 38 percent to 68 percent. Under Bloomberg test scores rose more quickly than in other cities. The black-white achievement gap decreased by 23 percent.

Job creation: Bloomberg inherited a city reeling from the Sept. 11 attacks and helped kick-start an economic boom. He inherited a city that was economically over-reliant on Wall Street and had a relatively tiny tech sector. Now New York receives the second-highest amount of tech investment, after Silicon Valley. He led the effort to create an applied sciences university on Roosevelt Island that will supply the city with talent for generations. Private sector jobs increased by 10 percent during the last four years of his term alone. The mayor’s office said that 29,000 people found jobs through the city’s career centers in 2012, compared with 500 people in 2004.

Housing: Bloomberg rezoned about 40 percent of New York City and helped spark a neighborhood renaissance along just about every waterway in the city. He led a $2.4 billion expansion of the subway system to serve the new Hudson Yards neighborhood. He managed to finance 170,000 new affordable housing units, even while the state and federal governments slashed housing budgets.

Health and the environment: He banned artificial trans fats and smoking from bars and restaurants. New York experienced about a 30 percent decline in adult smoking over his tenure. Meanwhile his administration added more than 850 acres of parkland, reduced greenhouse-gas emissions in city-owned buildings and created a bike-share program. Life expectancy in New York is now 81.2 years, more than two years longer than the national average.

Crime: Stop-and-frisk is obviously a blot on Bloomberg’s record. His focus on crime data made him blind to the human beings who were mistreated under his policies. And yet during his tenure homicide rates dropped by 65 percent and shootings dropped by 55 percent. In Bloomberg’s final year there were only 335 murders in New York, comparable with the 1950s.

Budgets: He raised property taxes on the most affluent citizens and used the money to improve city services. When he entered office the city budget was $42 billion. When he left it was about $70 billion.

The case against Bloomberg is that he has said insensitive stuff and he didn’t succeed in making New York more equal. The case for him is that he led an immense amount of change that made life better overall. You decide. Does America need more gridlock and ideological fireworks or a practical manager who gets stuff done?

END_OF_DOCUMENT_TOKEN_TO_BE_REPLACED

The #MeToo movement has brought issues of sexual harassment and gender inequities to the forefront around the world. But how much of a tangible impact has it had on the experiences of women in the workplace? In this piece, the authors discuss their research th... END_OF_DOCUMENT_TOKEN_TO_BE_REPLACED

Anybody who believes that Roy Hodgson is a spent force in football is sadly mistaken. The 74-year-old looked like his days in the sport were numbered when he left his role as Crystal Palace boss at the end of last season. The former England boss made a return ... END_OF_DOCUMENT_TOKEN_TO_BE_REPLACED