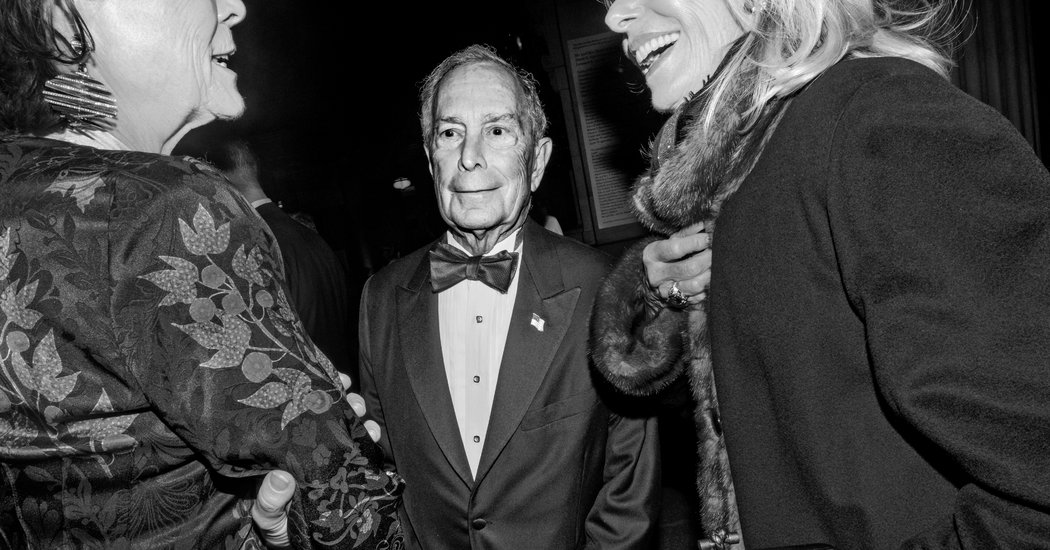 For a long time the notion of a Michael Bloomberg presidential candidacy seemed like a Manhattan fancy, a conceit with elite appeal but no mass constituency, a fantasy for Acela riders who imagine that the American people are clamoring for a rich person’s idea of centrism.

This was especially true in the days when Bloomberg would advertise his interest in a third-party candidacy. Third parties are generally founded on ideas that elites are neglecting, like the combination of economic populism, social conservatism and America-first foreign policy that propelled Donald Trump to power. Whereas Bloombergism is elite thinking perfectly distilled: Social liberalism and technocracy, hawkish internationalism and business-friendly environmentalism, plus a dose of authoritarianism to make the streets safe for gentrification.

But with a populist in the White House, a socialist winning primaries, a Democratic electorate desperate for a winning candidate and an establishment desperate for a champion, Bloomberg has become a somewhat more plausible presidential candidate than I imagined even six months back. So it’s worth pondering exactly what his still-highly-unlikely, but not-entirely-unimaginable nomination might mean, and what he offers as an alternative to both his Democratic rivals and to Donald Trump.

[Listen to “The Argument” podcast every Thursday morning, with Ross Douthat, Michelle Goldberg and David Leonhardt.]

Inside the Democratic Party, Bloomberg’s ascent would put a sharp brake on the two major post-Obama trends in liberalism: The Great Awokening on race and sex and culture, and the turn against technocracy in economic policymaking.

Yes, Bloomberg has adapted his policy views to better fit the current liberal consensus, and his views on social issues were liberal to begin with. But he has the record of a deficit and foreign policy hawk, the soul of a Wall Street centrist, and a history of racial and religious profiling and sexist misbehavior. More than any other contender, his nomination would pull the party back toward where it stood before the rise of Bernie Sanders and Black Lives Matter and #MeToo, and root liberalism once more in professional-class interests and a Washington-Wall Street mindmeld.

These are good reasons to assume that he cannot be the nominee, and excellent reasons for social progressives and socialists alike to want to beat him. The only way they will fail is if Bloomberg succeeds in casting himself as the unusual answer to an unusual incumbent — combining the Democratic fear of a Trump second term, his own reputation for effective management and the promise of spending his fortune to crush Trump into a more compelling electability pitch than the race’s other moderates.

But Democrats considering this sales pitch should be very clear on what a Bloomberg presidency would mean. Bloomberg does not have Trump’s flagrant vices (though some of his alleged behavior with women is pretty bad) or his bald disdain for norms and rules and legal niceties, and so a Bloomberg presidency will feel less institutionally threatening, less constitutionally perilous, than the ongoing wildness of the Trump era — in addition to delivering at least some of the policy changes that liberals and Democrats desire.

However, feelings can be deceiving. Trump’s authoritarian tendencies are naked on his Twitter feed, but Bloomberg’s imperial instincts, his indifference to limits on his power, are a conspicuous feature of his career. Trump jokes about running for a third term; Bloomberg actually managed it, bulldozing through the necessary legal changes. Trump tries to bully the F.B.I. and undermine civil liberties; Bloomberg ran New York as a miniature surveillance state. Trump has cowed the Republican Party with celebrity and bombast; Bloomberg has spent his political career buying organizations and politicians that might otherwise impede him. Trump blusters and bullies the press; Bloomberg literally owns a major media organization. Trump has Putin envy; Bloomberg hearts Xi Jinping.

In our era of congressional abdication, all presidents are prodded or tempted toward power grabs and caesarism. But Bloomberg’s career, no less than Trump’s, suggests that as president this would be less a temptation than a default approach. And the former mayor, unlike the former “Apprentice” star, is ferociously competent, with a worldview very much aligned with the great and good, from D.C. to Silicon Valley — which means that he would have much more room to behave abnormally without facing a Resistance movement of activists and journalists and judges.

To choose Bloomberg as the alternative to Trump, then, is to bet that a chaotic, corrupt populist is a graver danger to what remains of the Republic than a grimly-competent plutocrat with a history of executive overreach and strong natural support in all our major power centers.

That seems like a very unwise bet. Democrats who want to leverage Trump’s unpopularity to move the country leftward should support Bernie Sanders. Democrats who prefer a return-to-normalcy campaign should unite behind a normal politician like Amy Klobuchar. Those who choose Bloomberg should know what they’re inviting: An exchange of Trumpian black comedy for oligarchy’s velvet fist.

END_OF_DOCUMENT_TOKEN_TO_BE_REPLACED

Premier and Minister of Finance Honourable Andrew A. Fahie has announced that all customs duties on imports that are above five percent (5%) will be reduced to five percent (5%) effective April 15 for three months in the first instance as the Government of the... END_OF_DOCUMENT_TOKEN_TO_BE_REPLACED

Anybody who believes that Roy Hodgson is a spent force in football is sadly mistaken. The 74-year-old looked like his days in the sport were numbered when he left his role as Crystal Palace boss at the end of last season. The former England boss made a return ... END_OF_DOCUMENT_TOKEN_TO_BE_REPLACED