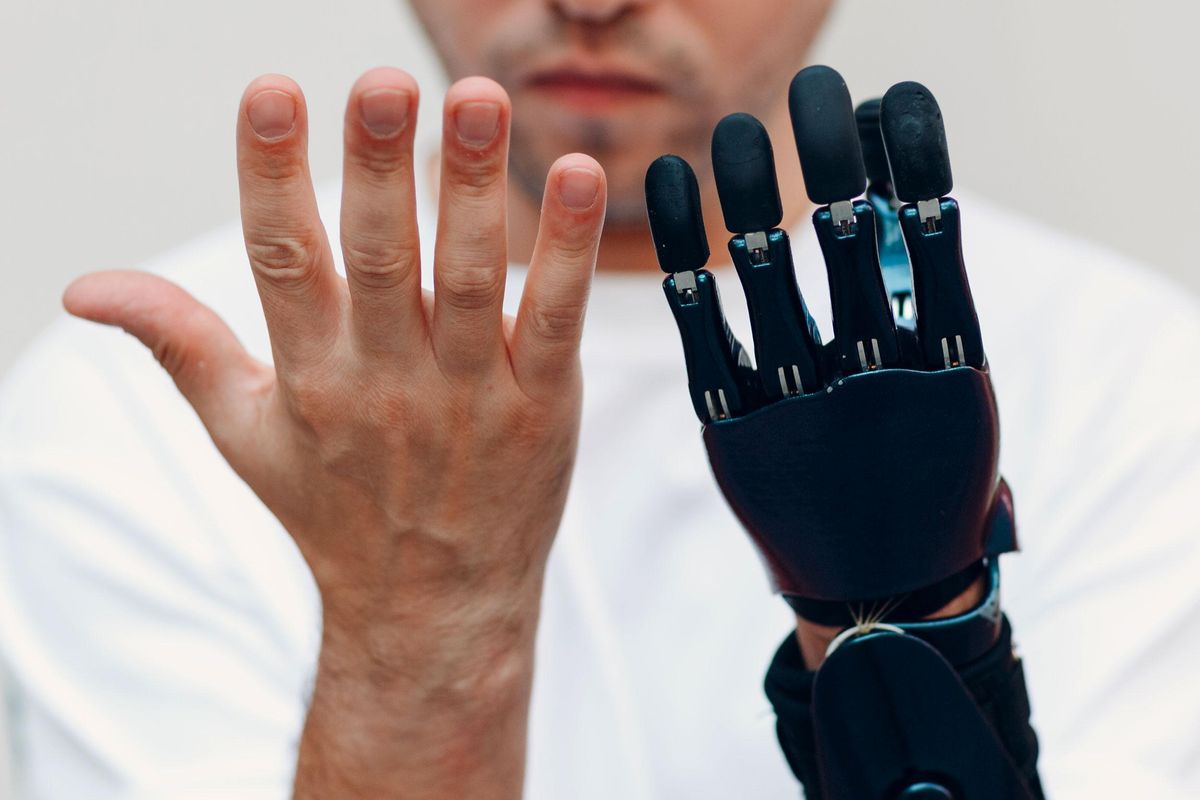 When IEEE Spectrum published an article in February about blind people whose bionic vision systems had become obsolete and unsupported, it generated both attention and outrage. The article tells the story of a company called Second Sight that created the world’s first retinal implants for blind people, sold its Argus II device to some 350 people around the world, and then stopped making and supporting the implanted technology. When one user’s Argus II system broke, he had to crowdsource spare parts to get it working again; other users have defunct technology in their eyes or are simply mourning the vision upgrades they were promised.

Coauthors Eliza Strickland and Mark Harris spoke about the article on numerous radio shows and podcasts, and one question kept coming up: Don’t regulations exist to protect consumers from this kind of corporate behavior?

“These devices won’t be state of the art forever, and they may not work forever.”
—Robert Sparrow, Monash University

For consumer electronics, there’s a lot of activity around right-to-repair laws: Europe’s first such regulations took effect in 2021, requiring manufacturers to make parts available to third-party repair shops for up to 10 years. In the United States, the Repair Organization is promoting laws at both the federal and state level. But this young movement has concerned itself only with consumer electronics, not the medical devices that are regulated by the U.S. Food and Drug Administration and similar agencies around the world. And, as Spectrum discovered, medical regulators aren’t yet on the bandwagon.

“Medical devices are often a bit of a wild west,” says Robert Sparrow, a professor of philosophy at Australia’s Monash University who often writes about the ethics of biotechnology and human augmentation. Sparrow wrote a paper about the history of cardiac pacemakers and the lessons that can be learned from that history, which stretches back some 60 years.

The paper explains that in the early days of commercial pacemakers, different company’s brands didn’t have compatible parts. This incompatibility became an issue when a patient went in for a routine replacement of the pulse generator unit, a procedure that is less dangerous if surgeons don’t have to remove the electrodes that snake into the chambers of the heart. But if the surgeons were installing a new brand of pulse generator, they’d have to pull out the electrodes and put in new ones. This situation persisted until the 1980s, when the industry came up with voluntary standards.

The pacemaker example shows that poor outcomes for patients can drive policy changes, but Sparrow encourages researchers and clinicians working on today’s cutting-edge implants to anticipate possible problems during the R&D stage. He also thinks that clinicians should have forthright conversations with their patients about bionic body parts. “These devices won’t be state of the art forever, and they may not work forever,” he says. “Clinicians should be required to discuss that in the initial consultation.”

Sparrow notes that the users of Second Sight’s retinal implants had one big thing going against them: They were a very small cohort, without the buying power to create a market for spare parts. If retinal implants and other neurotechnologies take off, with more companies offering products to larger patient populations, future users may find themselves with more recourse.

Spectrum asked the FDA if regulations exist for long-term support of implanted devices, both in terms of hardware and associated software. In a written response, a spokesperson said that companies applying for approval of a device must submit assurances of safety, effectiveness, and “claims regarding the expected life of the device for which they seek approval.” The response also noted that the FDA monitors post-market safety and effectiveness of devices with a mandatory reporting system for device malfunctions and adverse events. And if a device manufacturer actually goes out of business and declares bankruptcy, “a court may impose requirements on the former owners of the firm to protect patients,” the response says, and “the FDA may also take steps to protect patients in these circumstances.”

However, if a company simply discontinues a device that patients rely on, it seems there’s nothing for the regulators to do.

It therefore comes down to the voluntary efforts of device-makers themselves. One example is the company Coclear Limited, a medical device company that implanted its first cochlear implant for severe hearing loss in Australia in 1982 and won the first FDA approval for such an implant in 1985. Cochlear implants are classified as a neurotechnology because the electrodes implanted in the inner ear interface with the nerves; the implanted portion of the system remains in place permanently, while the sound processor that’s worn externally is regularly upgraded. The company therefore has 40 years of experience with device obsolescence, support, and upgrades.

Scott Housley, vice-president of marketing for Cochlear’s North American division, says that “no regulations or voluntary standards exist for how long a piece of hardware or software should be supported,” but that the company starts by offering a 10-year warranty on its implants and a 3-year warranty on its sound processors. As the company develops each next-gen sound processor, its engineers work to ensure that the new technology works with all of the old implants, which are often technologies “from a different era,” he tells Spectrum.

“The design process itself needs to be influenced by a philosophy of: How can we make sure that in the future this device does not become obsolete?” —Rajesh Rao, University of Washington

Housley notes that 17,000 people around the world still have Cochlear’s first-generation implant from the 1980s, and they can all use the very latest sound processor. “The first people to hear with a cochlear implant, 40 years ago, can now access direct smartphone connectivity through their original implant using our latest behind-the-ear sound processor,” he says.

The other assurance the company offers to its customers is that it’s financially stable and making sound business decisions to ensure that it will be here for people who rely on its technology. “It’s difficult, if not impossible, to legislate a company’s long-term viability,” Housley notes, so the ultimate responsibility is on the company.

What Could Be Done

Rajesh Rao, co-director of the NSF Center for Neurotechnology at the University of Washington, says it’s important to start thinking about full life cycle design of neural technologies.

“There’s no guaranteed future-proofing technique I can imagine,” he says. “But one potential strategy is, right from the very beginning, bringing a patient-centric rather than an engineering-centric point of view.” A patient-centric design might involve eschewing unique, customized components for ones that are modular or using industry-standard interfaces, thus allowing for easier upgrades.

The UW center has ethicists working alongside engineers. They ask questions and make suggestions in the patient’s interest, even though deployment could lie years in the future. “The design process itself needs to be influenced by a philosophy of: How can we make sure that in the future this device does not become obsolete?” says Rao.

Rao also notes that ethical guidelines for neurotech are being developed by the IEEE Brain group, although that effort is at a very early stage. “One of the issues is that the technology keeps changing,” he says.

Rao is particularly excited—and concerned—about potential applications of AI technologies like machine learning to neural devices. In the future, he says, implants that decode or generate brain signals could use AI to personalize themselves to their owners, removing the need for regular clinical visits. “This kind of biomedical device would be a co-adaptive system,” he says. “The brain is adapting because the brain is an adaptive device, and the system may also in the future start to adapt in conjunction with the brain.”

The FDA has just started to come to grips with AI within medical devices, in terms of ensuring their safety, effectiveness, and reliability. Rao believes that it should also be thinking about how these devices, and the companies behind them, might fail. “Right-to-repair laws, open sourcing, and so on become a lot more complicated when you have intelligence built into the device,” he says.

Should a neurotech company get acquired, Rao says that there should be regulation ensuring that users who are dependent on its technology are not left hanging: “Patients should be part of the negotiation process for the acquisition of the IP or other assets of the company.” Another idea is for governments to require start-ups to place assets in a technology escrow—a safe repository if the company is unable to continue its own support.

But if the worst happens and an implantable device company runs out of money or enters bankruptcy, Rao warns that the fate of the Second Sight Argus II users could very well be repeated. “I don’t see an easy way of maintaining those systems,” he says. “Even open sourcing the technology may not be enough because there are going to be very specialized parts, in terms of both hardware and software.”

Ultimately, people considering implanted devices will have to make their own decision as to whether the potential benefits of the technologies outweigh the potential risks, medical and otherwise. And that suggests patients will have to spend as much time looking at a company’s reputation, track record, and balance sheet as they do at assessing its technology itself.

END_OF_DOCUMENT_TOKEN_TO_BE_REPLACED

In the four years since their daughter killed herself at university, Robert and Margaret Abrahart have been trying to understand why she was left to cope with her problems alone – and to help other vulnerable young peopleDays after their daughter died in April... END_OF_DOCUMENT_TOKEN_TO_BE_REPLACED