Israelis and Americans Both Are Asking, Whose Country Is This Anyway? 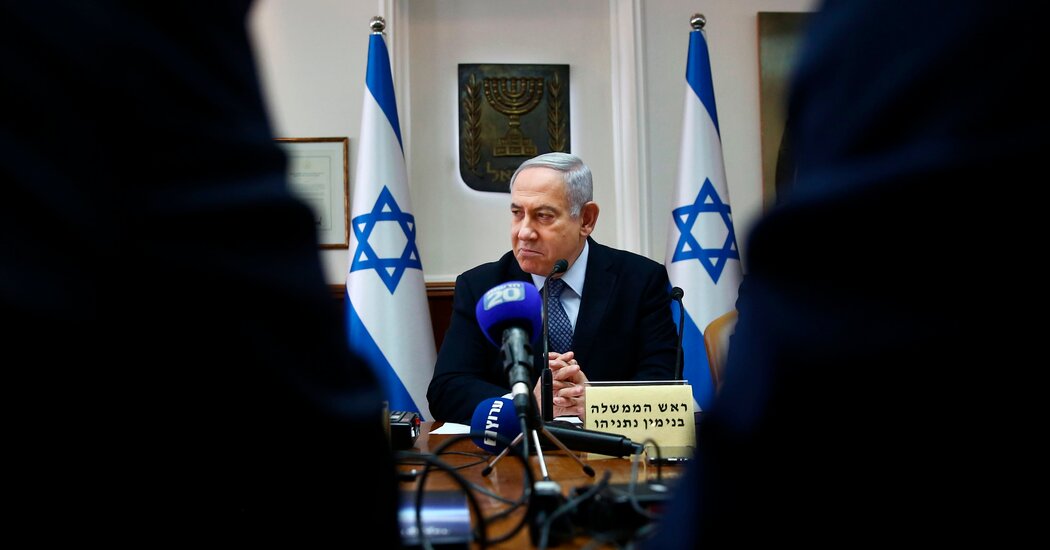 Israel and the U.S. are trying to define anew what it means to be a pluralistic democracy.

As Israel struggles to put together a ruling coalition, I was struck by a television report there that a senior ultra-Orthodox rabbi and spiritual leader of the United Torah Judaism party said he’d prefer a government propped up by Israel’s Islamist Raam party than one with leftist Jewish parties, because Israeli Arab lawmakers were less likely to turn everyone secular.

That pretty well sums up how polarized Israeli politics is today — and why Israel just held its fourth inconclusive election in under two years and could soon be heading for a fifth, which must be some kind of Guinness world record for democratic electoral haplessness.

I follow Israeli politics closely, not only for itself, but because I’ve noticed over the years that Israeli political trends are to Western politics what off-Broadway is to Broadway. Stuff often happens in miniature there first.

What is playing out in Israel is the same political fragmentation/polarization that is hobbling America: the loss of a shared national narrative to inspire and bind the country as it journeys into the 21st century.

While Israel’s president, Reuven Rivlin, on Tuesday gave Prime Minister Bibi Netanyahu, who is on trial on corruption charges, the first shot at forging a new government out of all the parties that won seats in the last election, Rivlin said “no candidate has a realistic chance of forming” a ruling coalition. Earlier Rivlin had said Israel needed a leader who could “heal the divides between us” as well as “pass a budget and extricate the state institutions from political paralysis.”

Israel and America are both nations “that gave birth to themselves in the name of self-proclaimed ideas and ideals,” noted Dov Seidman, author of the book “How: Why How We Do Anything Means Everything.” “When your country is a grand, aspirational human project like that, it requires sharing some very deep things — foundational principles like liberty and justice for all and an animating ethos like America’s e pluribus unum. Right now, in both countries, those deep things not only have been fractured, they are actively being fractured by a polarization industry that assaults the truth and trust necessary for these projects to flourish.”

This, understandably, added Seidman, is prompting a lot of Israelis and Americans to ask: “What is the unifying basis of our shared association going forward? What worthy journey are ‘we the people’ truly on together?”

Their defining external threat of the second half of the 20th century — the Cold War for America and the Arab-Israel conflict for Israel — which had a huge binding effect on both nations, has largely disappeared, and nothing remotely as compelling has come along to cement national solidarity.

Both societies have a high density of social networks, making them increasingly hard to govern because of the way these networks have eliminated traditional gatekeepers. Getting rid of traditional gatekeepers can be good — it opens up more opportunity for others to politically engage and tell their stories. But it can also eliminate standards in ways that erode truth and trust.

Both societies have had an intense, roiling experience with a highly polarizing, but incredibly media savvy, populist leader ready to break all the rules and weaken the restraints of their judicial system, state bureaucracy and traditional media unlike any leader before them.

Indeed, Netanyahu and Donald Trump were each so polarizing that they both stimulated breakaway factions within their own parties: “Anyone but Bibi” and “Never Trump.” But because their enemies hate each other as much as they hate Bibi and Trump, their ability to create broad-based alternatives has been limited.

Finally, huge, long-developing demographic changes have reached a tipping point in both societies.

In America, it’s projected that the country will become “majority minority” around 2045, when whites will make up roughly 49.9 percent of the population. The new majority will be about 25 percent Hispanic, 13 percent Black, 8 percent Asian descent and some 4 percent multiracial.

This has intensified polarization, as the Trump G.O.P. has played on the fears of that tipping point and sought to constrict legal and illegal immigration and, more recently, voting rights to preserve the powers of the shrinking white majority. The left has gone to the other extreme, increasingly defining people by their race, religion, sexual orientation or power/powerlessness status, not by what we all have in common as Americans.

Israel’s most important demographic tipping point, though, is not the one you think — i.e., not just with the Arabs — it’s with its exploding ultra-Orthodox Jewish population, argues Dan Ben-David, a Tel Aviv University economist, who heads the Shoresh Institution for Socioeconomic Research.

“Despite currently being the home to some of the world’s best universities and a phenomenal high-tech sector,” explained Ben-David, Israel is a nation where about half of its children — primarily ultra-Orthodox (known in Hebrew as the Haredi Jews), Israeli Arab and non-Orthodox Jews living in the country’s peripheries — “are receiving a third-world education, and they belong to the fastest growing parts of the population.”

Haredi families, he said, now average seven children, and in 50 percent of their households the men do not work, but instead engage in religious study thanks to government subsidies; do not serve in the army; and generally deprive their children of the core curriculum in math, science, computing and reading — “which is mandated by law in every developed country, other than Israel — that could give them economic independence as adults and likely loosen the grip of the religious establishment on them.”

If that trend continues, he said, Israel will not be able to maintain a first-world economy “that we need to defend ourselves in the planet’s most violent region.”

So, Ben-David said, compelling the ultra-Orthodox community to play by the same rules governing the rest of Israeli society — something very much in the interest of Israeli society as a whole and Haredi Jews, but not in the interest of their rabbis, who want the community cloistered and dependent on them so they can remain in power forever — has become an “existential issue, but one that is preventable, if we get our act together in time.”

For that to happen, though, Ben-David concluded, a majority of all the non-ultra-Orthodox parties that won seats in the last election — right parties, left parties, centrist parties, religious Zionist and Arab parties — would have to agree to create a government together that would “remove Netanyahu, as well as the ultra-Orthodox parties whom he has relied upon and bought off for so many years with massive subsidies to their schools and other religious concessions.”

They would all also have to agree on a set of basic constitutional reforms that would change the political system so that future governments won’t have to keep mortgaging Israel’s future to the ultra-Orthodox for short-term political gains.

“We are barreling down the highway to hell,” added Ben-David, “and we may currently be crossing what may be our final exit ramp.”

In short, to thrive in the 21st century both America and Israel need to define anew what it means to be a pluralistic democracy — with big, idealistic aspirations — at a time when their populations have become so much more diverse.

Right now, too many Americans and Israelis are walking around asking, quietly or loudly, “Hey, whose country is this anyway?” instead of, “Hey, see what we can do when we’re together?” Both will remain stuck unless their focus is on the latter question.

END_OF_DOCUMENT_TOKEN_TO_BE_REPLACED

As midterms approach, Democratic Congresswoman Stacey Plaskett says the most important issues to American people are her party’s biggest priority. “We can show to the American people up until November that we are holding a line on democracy. We are standing at... END_OF_DOCUMENT_TOKEN_TO_BE_REPLACED