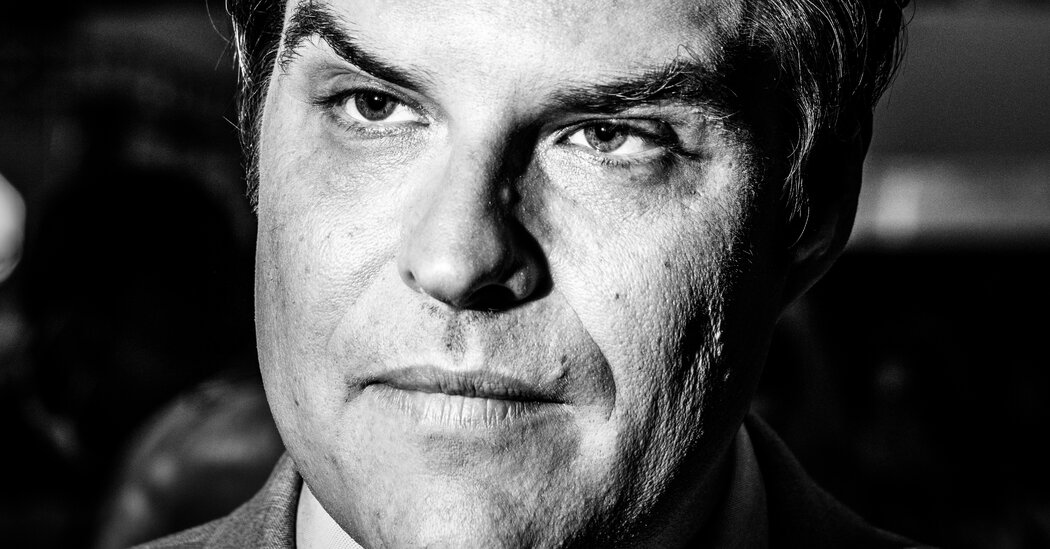 Trouble for the Florida fanboy.

Hey, we’ve got our first political sex scandal of the spring. Not as charming as an Easter basket, but maybe livelier. What would you guess the most common response was?

A) “Oh my God, not Representative Matt Gaetz!”

C) “Is that the guy who they say keeps passing around pictures of naked women?”

I would go with C, but it’s perfectly possible a lot of people are still perplexed when the name comes up. Which is sort of a shame. If Americans love a sex scandal, they prefer it to involve somebody who’s reasonably important.

“Nancy Pelosi once defended President Bill Clinton after he got an intern to fellate him in the Oval Office,” Gaetz argued in an opinion piece in The Washington Examiner. This is true, and we would hope the congressman gets the same kind of loyal support the very second he presides over one of the longest economic expansions in American history.

As it stands, Gaetz is a spectacularly unproductive Florida Republican who never managed, during his first two terms in the House, to get a single bill that he sponsored signed into law. (We are still crossing our fingers for that post-office-naming he co-sponsored.) Meanwhile, by Forbes’s count, he has appeared on Fox News at least 179 times since taking office.

Now, we’ve learned, the Justice Department has been investigating — through two administrations — whether he had sex with a 17-year-old girl and paid for her to travel with him. Having sex with a minor is both illegal and appalling, and the Gaetz saga is intertwined with many, many details involving his slimy associates, one of whom has already been indicted on sex trafficking, and his alleged use of drugs (Ecstasy, of course).

“I have a suspicion that someone is trying to recategorize my generosity to ex-girlfriends as something more untoward,” Gaetz said. As only he could.

As scandals go, this one can’t compare to American politics’ greatest. Like Alexander Hamilton’s desperation to prove he wasn’t politically corrupt by arguing that all his surreptitious financial dealings were just blackmail payments to cover up an adulterous affair. (Stop here for a minute and try to imagine the Gaetz story being turned into a Broadway musical.)

Back in 1974, Wilbur Mills, the chairman of the House Ways and Means Committee, was stopped while speeding near the Jefferson Memorial. One of the occupants of his car, a stripper who worked under the name Fanne Foxe, jumped out and ran off to leap into the Washington Tidal Basin. Mills clearly had a drinking problem, but he got re-elected anyway, and rewarded his constituents by flying off to reunite with Foxe, who would eventually perform as “The Tidal Basin Bombshell.”

After he retired and recuperated, Mills revealed that while he had been setting American tax policy, he had often been consuming half a gallon of alcohol a night and had once hallucinated that buzzards were chasing him.

Now that was a scandal.

Donald Trump may have been a terrible president, but he was a terrific example of how to weather crises like the revelation of his drop-ins on naked beauty pageant contestants and that adultery case argued out in the New York tabloids. Another man might have curled up in a ball under the bed in humiliation. But Trump just measured the headlines and moved right on.

Now, The Times has reported that at the very end of Trump’s presidency, Gaetz asked the White House for “blanket pre-emptive pardons” for himself and some of his allies. Trump, who has been spectacularly silent about his loyal supporter’s problems, quickly said he had not discussed pardons directly with Gaetz.

Maybe he missed the memo. Gaetz is a huge Trump fanboy who recently proposed to his fiancée (yes!) at Mar-a-Lago. He offered to resign from Congress to represent Trump as his impeachment lawyer. That would have been a touching gesture except that Gaetz is clearly a guy who’d be happy to trade in his seat in the House of Representatives for, say, a gig hosting a game show.

If his goal is making it big on right-wing talk shows, Gaetz is certainly going to have to be more careful. During a recent appearance on Fox, he reminded Tucker Carlson about the time they went on a double date. Carlson most definitely did not recall.

Hill’s story moved into a second chapter when she admitted she had an affair with a campaign staffer and resigned from office. Gaetz sort of congratulated himself for defending her back “when her own Democratic colleagues wouldn’t,” and she recently agreed that he had been a pal at “one of the darkest moments of my life.”

… Before adding that if there was even “a fraction of truth” to the current reports — that included showing off pictures of naked women without their consent — he should definitely resign. “Immediately.”