Democrats, Don’t Wish for Your Own Rogue 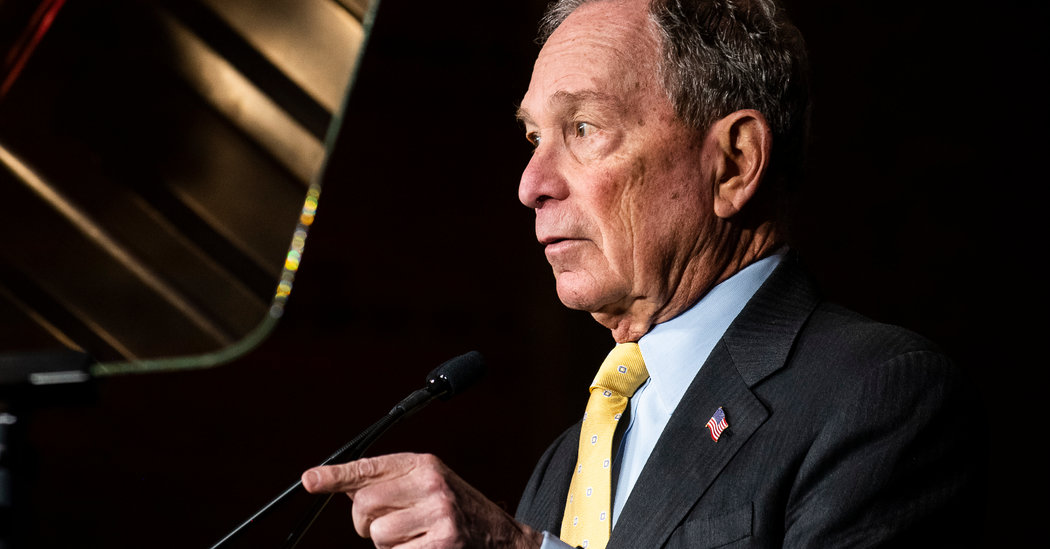 It is truly a devastating sight to watch liberals who have winced for years at Donald Trump’s issues on wealth, race and women allow fear, propaganda and influence mercenaries to push them into supporting a man who has his own issues concerning wealth, women and race.

It is jaw-dropping to see people who have long centered morality and conviction as their guiding light willfully say that they are willing to forgo all that. How many of them relentlessly chastised the religious right for supporting Trump, who openly disregards many of their tenets? Some of these very same people are now willing to do exactly the same thing as Trump.

How many people rightly complaining about kids in cages at the border are simply willing to overlook all the kids Michael Bloomberg put in cages as a result of stop-and-frisk? How many people, who stormed Washington during the Women’s March, cheered #MeToo and recoiled in horror as Trump was accused by multiple women of sexual impropriety, are now willing to ignore the accusations against Bloomberg?

And, for what? It’s not as if Democrats don’t have viable candidates to choose from, none of whom even come close to the scale of Bloomberg’s transgressions.

But the campaign and many political pundits are pushing one talking point, hard: that no one else can defeat Trump but Bloomberg. The polls simply do not bear that out. All the top Democrats beat Trump in head-to-head matchups, and Bernie Sanders beats him by the same margin as Bloomberg.

Furthermore, many voters have bought into the hopeful, cheerful Bloomberg shown in his barrage of ads. Many have begun to associate him with the positivity and hope of Barack Obama, whom Bloomberg heavily features in one of the spots. Conversely, others revel at the attack ads that Bloomberg is already running against Trump.

The ads have dual duties: The positive ones aim to erase the negative feeling associated with his racist police policy and the horrible allegations about women. The attack ad is intended to signal that he is just as base and ruthless and fight-prone as Trump and that he has the personal wealth to wage war.

This latter point is particularly attractive to Democrats worried that Trump will outsmart, outfight and outspend the other candidate. These Democrats want their own rogue.

That’s exceedingly dangerous. Bloomberg was a Republican mayor. He agrees with liberals on some policies, but he is by no means a liberal. Not at all.

Tim O’Brien, Bloomberg’s senior adviser, appeared on MSNBC on Sunday morning and tried to defend Bloomberg once again over stop-and-frisk, among other things. But, in so doing, he offered a damning and cautionary tale about the nature of the man. O’Brien said:

That doesn’t sound like the kind of leader liberals should want. Civil liberties groups, researchers and writers kept telling him that what he was doing was causing massive damage, was probably ineffective and was racist and unconstitutional. He mocked his detractors and the terror campaign ballooned.

O’Brien went on to say: “He was incredibly wrong on this. Again, it was egregious. He will continue to apologize to people of color for the rest of his career.”

But here’s the problem: Bloomberg didn’t just make a mistake, a one-time occurrence. He shepherded this program for 12 years and defended it for nearly 20. He only apologized a few months ago when he decided to run for president.

I don’t believe that there is an ounce of sincerity in that apology. Not one. I believe that Bloomberg still believes this year what he believed last year: that all those young black and brown boys and men caught up in his dragnet were simply unfortunate collateral damage in his righteous crusade.

The way that Bloomberg and his campaign have talked about the policy has not been forthright. How does one offer a sincere apology that purposefully misstates the truth?

As a CNN fact-check points out, “He has also offered a misleading narrative that omits key facts about his history with the policy.”

For instance, the fact-check points out:

I don’t trust Bloomberg. When he had political power, he used it to harm. I don’t ever want to see him with political power again, “ramming through” social programs that harm vulnerable people.

END_OF_DOCUMENT_TOKEN_TO_BE_REPLACED

The #MeToo movement has brought issues of sexual harassment and gender inequities to the forefront around the world. But how much of a tangible impact has it had on the experiences of women in the workplace? In this piece, the authors discuss their research th... END_OF_DOCUMENT_TOKEN_TO_BE_REPLACED

Over the course of last year I interviewed over 50 women in film, from cinematographers to producers to writer/directors for my column Female Filmmakers in Focus. I’m so happy to continue this work at RogerEbert.com. I could not have asked for a better first g... END_OF_DOCUMENT_TOKEN_TO_BE_REPLACED