Can the Meritocracy Find God? 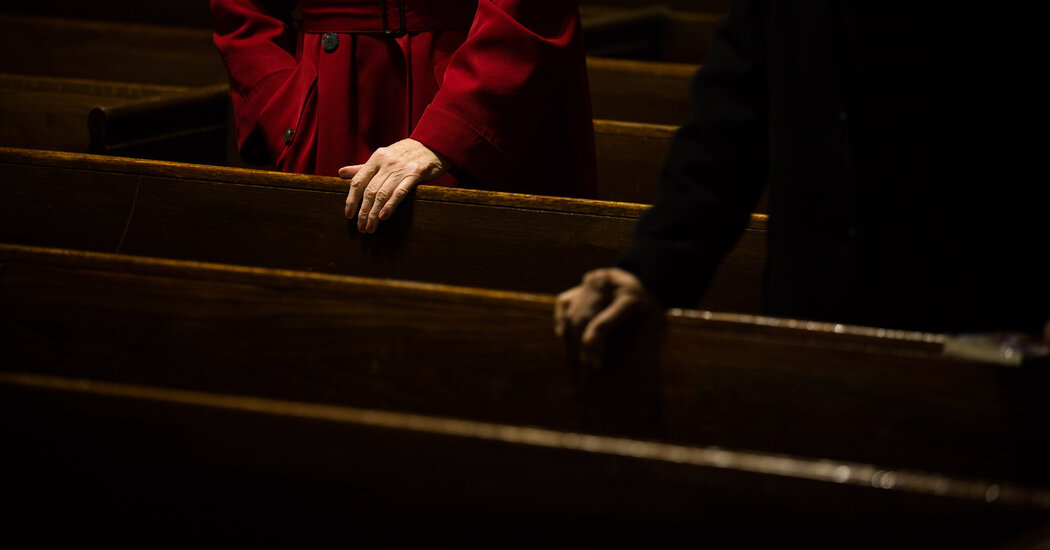 The secularization of America probably won’t reverse unless the intelligentsia gets religion.

As is now traditional on the Easter holiday, I spent last Sunday hunting for eggs with my children, attending Mass, hiding more eggs at an aunt’s house so the children could hunt yet again, and reading elegiac essays about American Christianity’s decline.

This year the inspiration for the elegies was new data from Gallup showing that for the first time in its decades of polling, fewer than half of Americans claim membership in a church, synagogue or mosque. The fall has been swift: From 70 percent in 1999 to 47 percent in 2020. And lately the trend has inspired fewer Voltairean hosannas and more anxiety about a future where the impulses of religion are poured into politics instead.

When the last round of grim data on church affiliation came out in 2019, I played the contrarian and argued that the decline may be somewhat overstated, that it’s sharpest among lukewarm believers and very-occasional churchgoers, and that the core of religious practice in the United States looks somewhat more resilient than the dire headline numbers might suggest.

For this column, though, I’ll emphasize the negative: Even if there is a resilience in American religion — especially in evangelical Christianity, still the most numerically robust form of faith — it doesn’t alter institutional faith’s general weakness, its limited influence, its subordinate position to other personal affiliations, from partisanship to ethnic identity to sports or superhero fandom.

A key piece of this weakness is religion’s extreme marginalization with the American intelligentsia — meaning not just would-be intellectuals but the wider elite-university-educated population, the meritocrats or “knowledge workers,” the “professional-managerial class.”

Most of these people — my people, by tribe and education — would be unlikely models of holiness in any dispensation, given their ambitions and their worldliness. But Jesus endorsed the wisdom of serpents as well as the innocence of doves, and religious communities no less than secular ones rely on talent and ambition. So the deep secularization of the meritocracy means that people who would once have become priests and ministers and rabbis become psychologists or social workers or professors, people who might once have run missions go to work for NGOs instead, and guilt-ridden moguls who might once have funded religious charities salve their consciences by starting secular foundations.

As a Christian inhabitant of this world, I often try to imagine what it would take for the meritocracy to get religion. There are certain ways in which its conversion doesn’t seem unimaginable. A lot of progressive ideas about social justice still make more sense as part of a biblical framework, which among other things might temper the movement’s prosecutorial style with forgiveness and with hope. Meanwhile on the meritocracy’s rightward wing — meaning not-so-woke liberals and Silicon Valley libertarians — you can see people who might have been new atheists 15 years ago taking a somewhat more sympathetic look at the older religions, out of fear of the vacuum their decline has left.

Frankly I would welcome conversions of both types: In future clashes between East Coast progressives and West Coast techno-libertarians, let them clash as brothers and sisters in Christ.

But the obstacles are considerable. One problem is that whatever its internal divisions, the American educated class is deeply committed to a moral vision that regards emancipated, self-directed choice as essential to human freedom and the good life. The tension between this worldview and the thou-shalt-not, death-of-self commandments of biblical religion can be bridged only with difficulty — especially because the American emphasis on authenticity makes it hard for people to simply live with certain hypocrisies and self-contradictions, or embrace a church that judges their self-affirming choices on any level, however distant or abstract.

Then, too, the manifest failure of many churches to live up to their own commandments, the pulse of scandal in religious life, makes their claim to offer a higher, harder wisdom seem self-discrediting.

A second obstacle is the meritocracy’s anti-supernaturalism: The average Ivy League professor, management consultant or Google engineer is not necessarily a strict materialist, but they have all been trained in a kind of scientism, which regards strong religious belief as fundamentally anti-rational, miracles as superstition, the idea of a personal God as so much wishful thinking.

Thus when spiritual ideas creep back into elite culture, it’s often in the form of “wellness” or self-help disciplines, or in enthusiasms like astrology, where there’s always a certain deniability about whether you’re really invoking a spiritual reality, really committing to metaphysical belief.

My sense is that these two obstacles effectively work together to block people from religious faith. If someone has an experience that calls their unbelief into question, their association of traditional religion with sexual prohibitions or bigotry or scandal is often enough to keep them from being drawn by that experience to a church or synagogue.

Alternatively, if they feel drawn by a desire for community or moral formation to experiment with churchgoing — maybe in a community that’s liberal or “seeker-sensitive,” rather than reactionary or Republican — then their materialist bias makes it hard for them to persevere, to get up early to perform rituals or recite creeds whose claims they can’t actually believe.

I don’t know exactly how this blocking pattern might be broken. But I will say that the second obstacle seems by far the weaker one. That is, I think I understand pretty well why my secular neighbors doubt the godliness of churches that seem to treat gay people or women unfairly or that appear to be led by fools and hypocrites. But I am more puzzled by secular-minded people who think the rationality of religion has, under modern conditions, somehow been disproved.

Yes, science has undercut some religious ideas once held with certainty. But our supposedly “disenchanted” world remains the kind of world that inspired religious belief in the first place: a miraculously ordered and lawbound system that generates conscious beings who can mysteriously unlock its secrets, who display godlike powers in miniature and also a strong demonic streak, and whose lives are constantly buffeted by hard-to-explain encounters and intimations of transcendence. To be dropped into such a world and not be persistently open to religious possibilities seems much more like prejudice than rationality.

And my anthropological understanding of my secular neighbors particularly fails when it comes to the indifference with which some of them respond to religious possibilities, or for that matter to mystical experiences they themselves have had.

Like Pascal contemplating his wager, it always seems to me that if you concede that religious questions are plausible you should concede that they are urgent, or that if you feel the supernatural brush you, your spiritual curiosity should be radically enhanced.

But clearly many highly intelligent people disagree. Which perhaps makes it a mistake to focus too much on overt obstacles to upper-class belief. They could be partially removed, rolled back a little way, and for a revival you would still need the impulse, the push, that makes people seek and knock and ask.

END_OF_DOCUMENT_TOKEN_TO_BE_REPLACED

Premier and Minister of Finance Honourable Andrew A. Fahie has announced that all customs duties on imports that are above five percent (5%) will be reduced to five percent (5%) effective April 15 for three months in the first instance as the Government of the... END_OF_DOCUMENT_TOKEN_TO_BE_REPLACED