Biden, Yellen and the War on Leprechauns 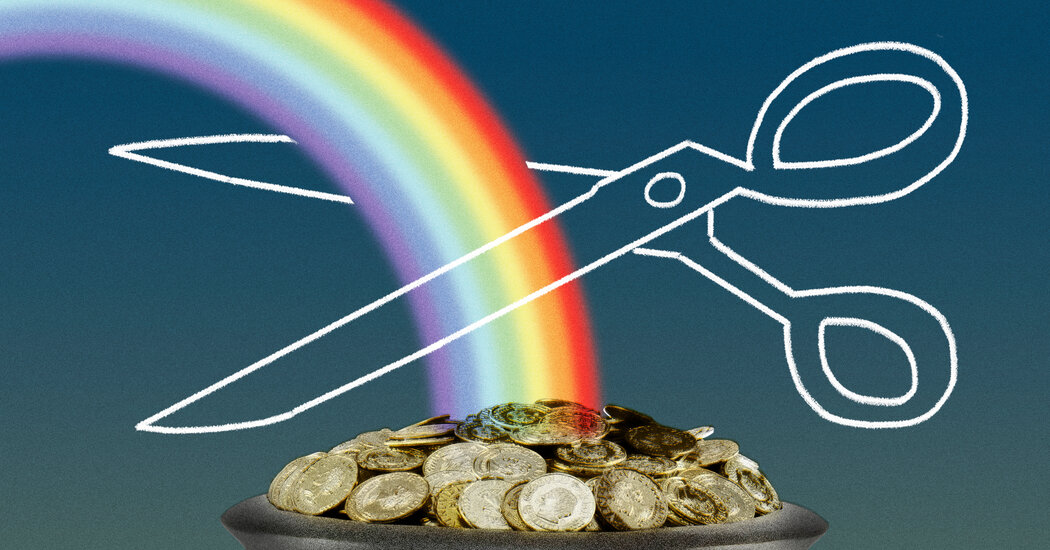 In the summer of 2016, Ireland’s Central Statistical Office reported something astonishing: The small nation’s gross domestic product had risen 26 percent in the previous year (a number that would later be revised upward). It would have been an amazing achievement if the growth had actually happened.

But it hadn’t, as government officials acknowledged from the beginning. It was, instead, an illusion created by corporate tax games. At the time, I dubbed it “leprechaun economics,” a coinage that has stuck; luckily, the Irish have a sense of humor about themselves.

What really happened? Ireland is a tax haven, with a very low tax rate on corporate profits. This gives multinational corporations an incentive to create Irish subsidiaries, then use creative accounting to ensure that a large share of their reported global profits accrue to those subsidiaries.

In 2015 a few big companies appear to have gotten even more aggressive about their profit-shifting, which led to a surge in the value of production they reported doing in Ireland — a surge that didn’t correspond to anything real.

To understand the big corporate tax reform proposed by the Biden administration, what you need to know is that it’s all about the leprechauns.

One way to think about the huge corporate tax cut Republicans rammed through in 2017 is that its underlying premise was that the leprechauns were real. That is, the tax cut’s architects insisted that corporations had been moving operations abroad to avoid U.S. taxes, and that slashing those taxes would bring millions of jobs back home.

It didn’t happen. In fact, the tax cut had no visible effect on business investment, probably because it was addressing a fake problem. U.S. corporations hadn’t been moving jobs overseas to avoid taxes; they had just been avoiding taxes.

The true impact — or actually lack of impact — of profit taxes on business decisions becomes obvious if you look at where corporations report big overseas earnings.

If they were truly responding to taxes by making large foreign investments that eliminated American jobs, we’d expect to see a lot of their profits coming from major production centers like Germany or China. Instead, more than half of the profits U.S. corporations report from overseas investments come from tiny tax havens, including places like Bermuda and the Cayman Islands where they have no real business at all.

By the way, this isn’t just an American problem. The International Monetary Fund estimates that about 40 percent of the world’s foreign direct investment — basically corporate cross-border investment, as opposed to “portfolio” purchases of stocks and bonds — is “phantom” investment, accounting fictions set up to avoid taxes. That’s why on paper Luxembourg, with just 600,000 people, hosts more foreign investment than the United States does.

So the real problem with U.S. corporate tax policy isn’t loss of jobs, it’s loss of revenue — and the Trump tax cut made that problem worse.

For the most part the Biden administration’s Made in America Tax Plan is an effort to reclaim the revenue lost both as a result of profit-shifting and as a result of the Trump tax cut, in order to help pay for large-scale public investment.

As the plan’s name suggests, the administration’s experts — at this point it’s hard to find a tax expert who hasn’t joined the Biden team — do believe that there are aspects of the U.S. tax code that have created an incentive to move jobs abroad. But they see the problem as the consequence of details of the tax code rather than the overall burden of taxation.

And while they believe that tax reform can improve incentives to invest in America, the main focus of the plan — even of things like the proposal for a 21 percent minimum tax rate on overseas profits, emphasized by Janet Yellen, the Treasury secretary — isn’t on these incentives so much as on increasing revenue from the corporate profits tax, which falls mainly on the wealthy and on foreigners, and is at a historical low as a percentage of G.D.P.

What about warnings from corporate groups that raising taxes on corporations would have dire economic consequences? Well, they would say that, wouldn’t they? And if raising taxes would have such a negative effect, why did cutting taxes fail to produce any visible positive results?

The corporate tax plan, then, looks like a really good idea. In part that’s because President Biden, unlike his predecessor, has hired people who know what they’re talking about. And it also marks a welcome break with the ideology that says that the only way we can help American workers is indirect action: cutting taxes on corporations and the wealthy in the hope that they’ll somehow deliver a pot of gold at the end of the rainbow.

What the Biden team seems to have concluded, instead, is that the way to create jobs is to create jobs, mainly through public investment, rather than by chasing unicorns and leprechauns. To the (partial) extent that direct job creation must be paid for with new taxes, the new taxes should be imposed on those who can afford to pay.