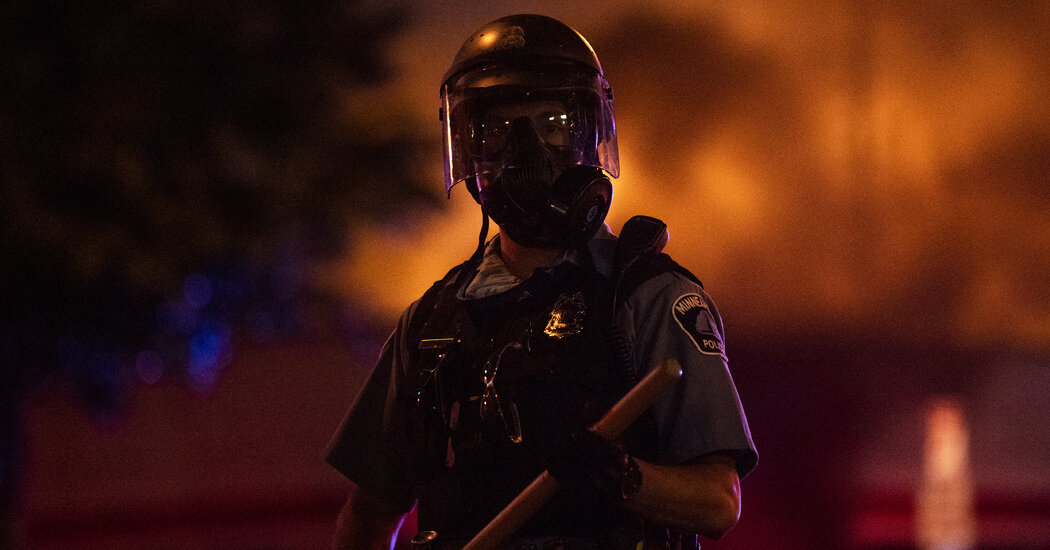 Our legal system allows for extrajudicial killings by the police without real consequence.

Along with many others, I have long argued that the reason so few police officers are ever charged in their killings of unarmed Black people (and few of those charged are ever convicted) is that our legal system has effectively rendered those killings legal. This is the case regardless of how horrendous the killings are or how much evidence, including video, makes clear what took place.

The defense in the trial of Derek Chauvin in the death of George Floyd raised this very concept Wednesday when questioning Sgt. Jody Stiger, a Los Angeles Police Department use-of-force expert who was a witness for the prosecution.

Eric Nelson, an attorney for Chauvin, asked if Sergeant Stiger had ever had anything to do with a training called “awful but lawful, or lawful but awful.” He said that he had. Nelson continued his questioning: “The general concept is that sometimes the use of force, it looks really bad, right, and sometimes it may be so, it may be caught on video, right, and it looks bad, right?”

Nelson then says, “But, it is still lawful.”

This concept seems, on its face, morally depraved: The bar for actions, and in this case use of lethal force, isn’t propriety or decency, but the likelihood of legal exposure and jeopardy.

But the very existence of “awful but lawful” training reminds us that this concept isn’t new.

As Chuck Wexler, the executive director of the Police Executive Research Forum, and J. Scott Thomson, the chief operating officer of Holtec Security International and former president of the forum, wrote in The New York Times in 2016, “just because the police can legally use deadly force doesn’t always mean they should,” and “The goal is to prevent lawful-but-awful outcomes while increasing officer safety.”

They explained that “the legal standard used in police shootings allows prosecutors and grand juries to conclude that although an officer’s shooting of a suspect may be questionable, it isn’t criminal.” They went on to trace the origins of the standard:

“The standard came from a 1989 Supreme Court decision, Graham v. Connor. The justices ruled that an officer’s use of force must be ‘objectively reasonable.’ But the court went on to caution that ‘police officers are often forced to make split-second judgments — in circumstances that are tense, uncertain and rapidly evolving — about the amount of force that is necessary in a particular situation.’”

Police officers operate in the field — and enter courtrooms, if it ever comes to that — with a staggering amount of “blue privilege,” a benefit-of-the-doubt shield of protection that it is incredibly difficult to penetrate. This creates that bizarre legal phenomenon of faultless killings, the taking of life without the taking of responsibility, a Cain and Abel scenario in which blood cries out from the soil. But, in these cases, no one is seriously punished.

The standard implies that officers must be allowed to make mistakes, even deadly ones, because their jobs are dangerous. Policing is one of the few dangerous professions in which people can be killed and written off as collateral damage.

This standard allows callous, wanton behavior, the reckless and willful taking of life. Any action can be excused as a reasonable response to fear.

As the American Bar Association pointed out in February of 2020, the awful but lawful concept creates a “high burden for prosecution of bad police actions.” The group was summarizing the sentiments of a panel of legal experts at an A.B.A. meeting.

One person on the panel, Ronald A. Norwood, a defense lawyer in St. Louis who has served as counsel to the St. Louis Metropolitan Police Department, put it this way: “Officials should not be held liable for bad guesses.”

But these “bad guesses” are not benign. In many cases, they result in someone being killed.

As Kalfani Ture, an assistant professor of criminal justice at Quinnipiac University in Connecticut and a former police officer in the Atlanta metropolitan area, told reporters in June about the killing by the police of Rayshard Brooks in Atlanta, “Would I have shot Rayshard Brooks? My answer is no.’’

But, he continued: “It’s a questionable use of force, but there are many officers who may find this a lawful use of force. So, it’s one of those things we call in law enforcement ‘lawful but awful,’ meaning that the officer could have taken alternative action that did not result in the civilian’s death.’’

Deadly use of force by police officers is highly discretionary, but these police officers are humans who bring to their jobs biases, both conscious and subconscious. Where one person may be shown patience and leniency, another will be rewarded with violence and harm. And, often, all of it is legal.

We have a legal system that has shirked its judicial responsibility, allowing for extrajudicial killings without consequence — curbside capital sentences. In this system it is too often the case that police officers are judge, jury and executioner.