Book Riot is teaming up with BookClubbish to giveaway a copy of NEVER SAW ME COMING by Vera Kurian and a $100 gift card to Bookshop.org to one lucky winner. Simply fill out the form and subscribe to the BookClubbish newsletter for a chance to win!

Body diversity is something that I’m happy to see more of in YA, and we’ve been lucky enough to see a lot of great YA books featuring fat protagonists come out lately that don’t focus on that protagonist losing weight (or even wanting to lose weight!) in order to find happiness. But these books are still largely “issue driven” and take place in the contemporary or realistic world, and while that’s great, what about speculative fiction and genre fiction starring fat protagonists? I want to see those books! Luckily, we have three YA books, two of which are just released this fall, that star fat girls kicking butt and dealing with supernatural threats. I can’t wait to see more genre fiction with fat protagonists, and I’d love to see even more featuring protagonists of color, by authors of color! Mila Flores isn’t just devastated when her best friend dies in an apparent suicide — she’s pissed off. She’s certain Riley wouldn’t have taken her own life, and so she does what any grieving and lonely witch would: She casts a spell to bring Riley back so she can get the truth. But Mila gets more than she bargained for when she also brings back two recently deceased mean girls, and learns that all three of them have no idea how they died. Mila is certain there’s a murderer on the loose, and together with her unlikely (and undead) girl gang, she’s going to get to the bottom of it! Bonus: If you love this book, Anderson has a new paranormal comedy out next spring called Scout’s Honor, and the cover depicts a fat character! Eat Your Heart Out by Kelly deVos

Vivian Ellenshaw is livid when her skinny mom’s odious new husband convinces her to send Vivian to a fat camp over winter break. Things start to go wrong immediately when Vee learns that her ex–best friend is also headed there, and then they arrive in the middle of a snow storm. In Arizona. Weird, right? But that pales in the realization that the camp’s miracle weight loss treatment is turning people into literal zombies, and Vee and her fellow campers will not only have to fight to expose the camp’s nefarious deeds — they’ll have to battle to just stay alive. 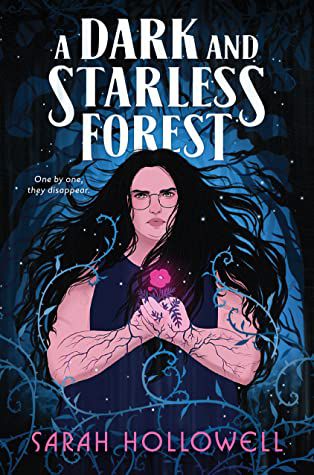 A Dark and Starless Forest by Sarah Hollowell

Derry and her eight siblings live alone with the man who raised them, Frank, protected from the wider outside world by a forest that surrounds their home. Derry and her sister Jane have sworn never to venture into the woods, which is why Derry is shocked and confused when Jane disappears and was last seen going into the woods. And when another one of Derry’s siblings also disappears, she must face the dark truth about her life and the man who has been taking care of them…and about the growing magic within her.

Want more 3 on a YA Theme? We’ve got you covered.